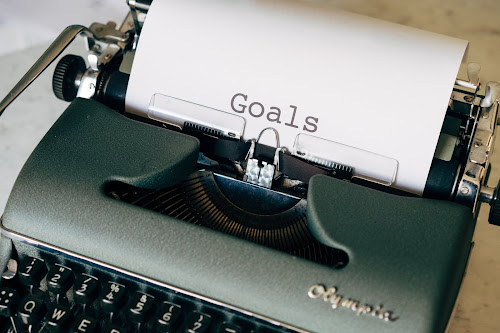 Last month was so wonky for me. Do you ever have times in your life when you feel like the people around you are pulling you completely off your path? That happened to me not once but twice in June, and I am finally starting to feel like myself again.

If you're like me, you like to help and uplift those around you. And over time, you may find that certain people take advantage of that. I've gotten better over the years at being able to sniff out the rats who demand so much without giving much in return. You know they types--the leeches that do nothing but drain you without respect for your time and energy?

Because of what happened last month, I wanted to write a blog post about how important it is that we stay true to our goals, and tell everyone who is reading that that it is okay and even good to make our own dreams a priority. Everybody has different desires for themselves, and it's so damned easy to get sucked into someone else's plan! Before you know it, you're spending hours of your day, answering frantic phone calls and texts, spending time and energy on this and that to please these demanding people, and giving up your dreams to help the poor, needy ones, and you don't realize until you're absolutely frazzled, that they are draining you, until it's too late.

The first instance I had to deal with was being roped into helping out someone for a non-profit organization. It was for a good cause, and I had the time, so I figured, why not? Well, there were a lot of red flags from the beginning, including the way this woman treated her employees (verbally abusive), and also the fact that she need to make some major changes to her operation, yet she didn't take advice well. She also had incredibly high turnover for her organization. I chose to look at her through rose-colored glasses. I told myself, "She has had a really rough life," but I also made a deal with myself that if she ever talked rudely to me, I'd bail. No matter what kind of upbringing you have, you still have a choice to treat people with respect. Well, it only took her a couple of weeks before she turned her temper on me, even though I was giving her lots of time and help--and for free! Rather than let it continue any longer, I decided to end it right then and there. I'd seen enough anyway, and I should have trusted my gut from day one. I quit the non-profit, and I also called her out for being disrespectful to me, which is something I would not have done in the past. In the past, I would have stepped out quietly without confrontation. So maybe that was something else I needed to learn that life was trying to teach me.

The second instance was regrettably reconnecting with a family member after several years of being estranged. Everyone who has been in contact with her had warned me she was manipulative and toxic, but why would I listen to them? Well, I should have. After a few weeks of being back in contact, I found myself being drawn into non-stop drama. I really feel for this girl, but her life choices and drug and alcohol-addled brain had her constantly vying for my attention at all hours of the day. The whole thing completely distracted me from my goals and my life because I was too worried about trying to love her and fix her. I was spending hours each day talking with friends, trying to figure out what I should do next, and ultimately, if this person was playing mind games with me, when I should have paid attention to the red flags and returned my focus to my goals. I ended up initiating a confrontation, and the chaos has finally stopped. The line of communication remains open, but new boundaries have been set.

After dealing with both of those people last month and resolving them, I totally own up to being the one who gave them all that time and attention. People will only drain you if you let them! But now that I'm back on track, I feel so much better. I feel refreshed. I feel re-energized. And I feel like things are finally starting to move with some forward momentum with my own desires and dreams again.

Bottom line with this wordy post today is this: your time and focus is precious. Make sure you're not derailing yourself by helping needy people who have all kinds of red flags around their behavior. The healthy, good relationships in your life won't be so draining. In fact, they'll be energizing and help you move toward your dreams rather than drain you. They'll feel right and fun and light.

Even though we are in a pandemic, it's still good to set boundaries for yourself. There will always be those who will want to take advantage of you, so even if you're a kind, generous person, remember YOU are worth investing your time in, too!

Hope you all have a good week!

Posted by Scarlett Knight at 8:57 AM