Just a quick post to let you know that ROADS AND REVELATIONS is now available in paperback on Amazon for anyone interested! 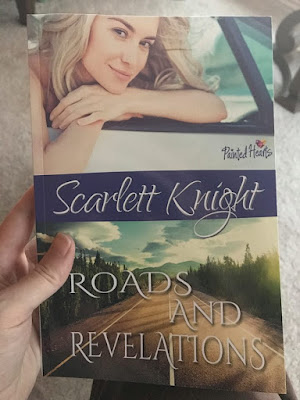 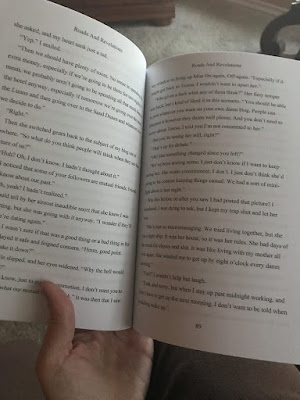 Posted by Scarlett Knight at 7:36 AM No comments:

In the second half of the novel, as Leilani and JC make their journey back from Colorado, they stop at a unique spot in Amarillo, Texas called Cadillac Ranch. If you've ever been to Amarillo, you know that this panhandle town is known more for its touristy cowboy vibe than its art scene (for example, the infamous The Big Texan restaurant). But that's what makes Cadillac Ranch so groovy and special.

Set out in a field off of Interstate 40, one can see the line of Cadillac cars, covered in graffiti. 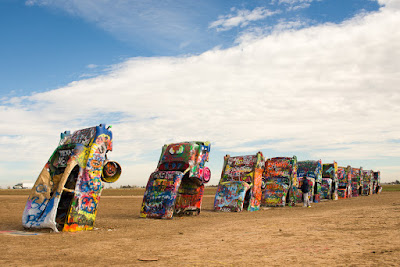 The interactive exhibit was installed back in 1974, and according to Trip Advisor, "This offbeat roadside attraction features 10 graffiti-covered Cadillacs standing upright in a row, buried nose-first in the ground. The sculpture is the brainchild of Amarillo millionaire Stanley Marsh III, who chose classics dating from 1948 to 1963, the "Golden Age" of the American automobile." 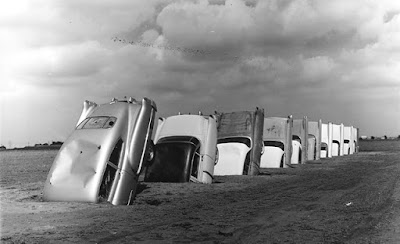 Over the years, people have come to view the "ranch," take pictures, and even spray-paint the cars and take pieces of them as souvenirs. 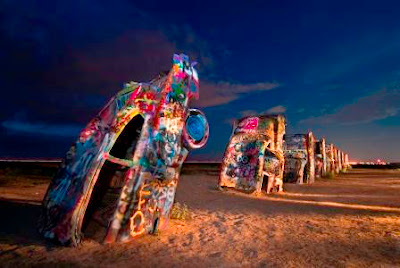 When I was younger, I had moved from Texas to Colorado when my mother got remarried. Every year, my dad would come up to get me and my brothers for the summer. On the road, we'd pass by this ranch coming and going, and I always thought it was so cool looking. So naturally it had to wind up in one of my books. ;)

Scarlett
Posted by Scarlett Knight at 11:11 AM No comments: 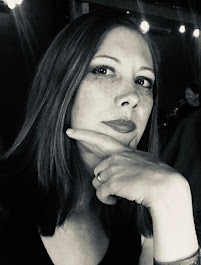