Well, friends, we have made it through another completely insane year. And we thought last year was nuts! Where 2020 dragged on forever at a snail pace in a horrid state limbo, 2021 brought us a different kind of chaos. And rather than drone on about politics or Covid, I'm dedicating this post to the most memorable events of 2021 in relation to my personal life and my writing, and at the end I'll share a couple of movie/book recommendations in relation to WLW.

I'll begin by mentioning the loss of a dear uncle early in the year. He was an older man who had a lot of different health problems, (and his death was not due to Covid). But the loss was immense. It hit the family really hard because we'd all been isolating and not seeing one another. The last time I saw him was in the summer of 2019. The family was able to come together for a masked viewing of sorts, but we didn't get the kind of funeral that we wanted. I know we were among many families that have had to adapt to the times lately, and I'm just happy we got to gather for a few hours wearing our masks.

Another loss of note was the passing of the great modern writer Anne Rice. I'm still in shock that she's gone. Earlier this year, I wrote a blog post celebrating her 80th birthday, and in it, I talked about how much of an influence she was on me as a writer. If you're curious about that post, click --> here <--.

This year, I released Book 3 in The Neon Fishnets trilogy! Taking the Risk wraps up the series. 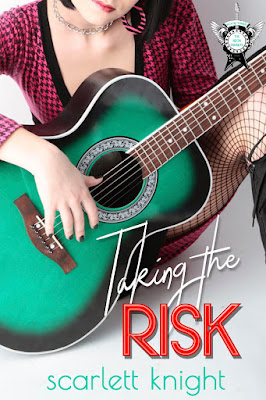 I was so excited to give this one to my readers as many of them had reached out to me over the past couple of years, hoping for a story about CJ and Trish. I promised them one was on the way because I'd planned it from the very beginning, and now it's here! By the way, I also reached a writing/publishing milestone with this novel when it officially became my first book to reach 100+ Reviews on Amazon!

Another release I'd like to mention is "Pleasure of the First Mark," which was my venture into paranormal lesfic! This contemporary faerie romance is a short story, and it was kind of fun to do something different and create a more fantastical world in addition to the usual contemporary stories I write. Also, this book won August 2021 Paranormal Book of the Month over at iheartlesfic.com! 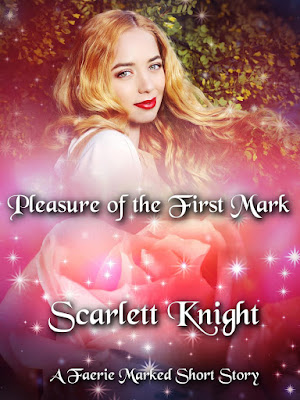 Outside of writing, I found inspiration in watching WLW movies and reading WLW books. My favorite of these types of films that I watched this year was a foreign film called Two of Us. It is about an older lesbian couple, one of whom is still in the closet. When an accident occurs, and the closeted character has a stroke and is unable to talk, her lover of many years suddenly finds herself restricted from being able to take care of her. It's still a secret that they're together. They live in separate apartments across from one another to give the appearance that they are just friends. The story twists and turns and has a surprising ending. Both heartbreaking and heartwarming, this film gets two thumbs up for me! 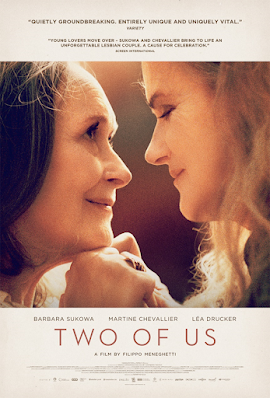 I also read a book this year that isn't technically lesfic, but it's a memoir written by Cassandra Peterson, a longtime idol of mine (You may know her as Elvira). I've had this book on my radar ever since she announced she was working on it a couple of years ago. Anyway, I got it and read it, and I consider it to be in the WLW category because SHE CAME OUT OF THE CLOSET in this memoir!!! Imagine the queer community's collective glee when that happened! Sexy Elvira is a femme!! Her life story is totally wild and unbelievable, so I recommend the book to anyone who likes Elvira, Hollywood, celebrity tales, and overall wild and crazy true stories. 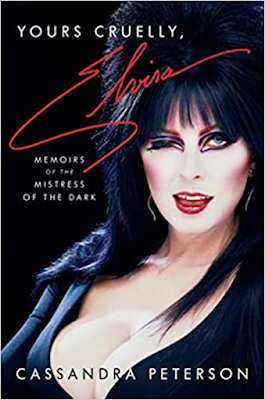 That about wraps up the highlights of 2021 for me! How about you? Got any favorite movies or books you'd like to recommend? Any personal experiences you'd like to share from the year? Leave them in the comments! And have a happy, healthy 2022, everyone!!

Posted by Scarlett Knight at 6:58 AM