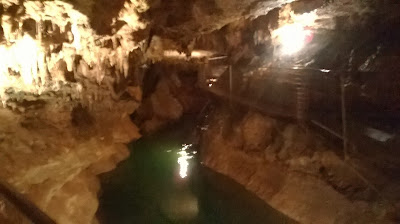 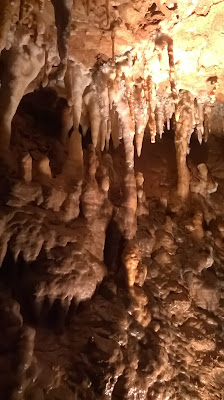 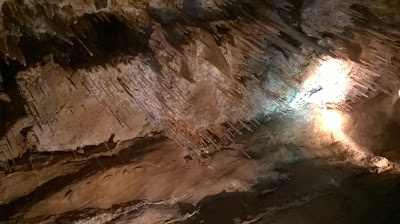 I've been in touch with Agent Triple P, and his blogs are currently no more! All hope is not lost, however. If you would like to join his mailing list to stay up to date with his writings, you can! All you have to do is email him to let him know, and you'll start getting content delivered right to your inbox:

He greatly appreciates your continued interest in his work!

In my new LesFic novel Roads and Revelations, my girls stay the night at a hotel in Alamosa, Colorado, a city that used to be one of my old stomping grounds. I lived in the San Luis Valley from age 10 to almost 13, very formative years, and have fond memories of many adventures I had out in nature.

When one thinks of Colorado, it's probably not sand dunes that come to mind; however, the Great Sand Dunes National Park was one of the places I frequently visited, especially during the summer, when I lived in the area. 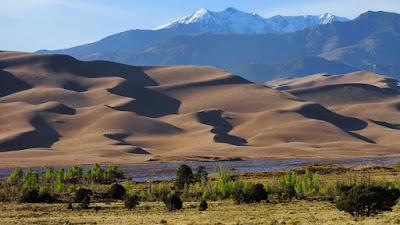 One of the first trips I made out there was with a group of my classmates when I was in 6th grade. We all piled into the school bus and as we made the drive out there, it was fascinating to watch the dunes grow. From a distance, the park looks like a giant sand box, but when you get closer, you start to realize how truly impressive the dunes are.

Even when you get to the park, you don't fully comprehend just how impressive they are. When you're hanging out, wading in the shallow river, looking up at the dunes and thinking about giving them a climb, you might think you could make it to the highest one in an hour. But when you actually start making the trek, not only does the sand's physical resistance add to the time it takes you to climb, you also realize once you get to the "highest" dune you spotted earlier, there is actually another one, even higher, far off in the distance. You can only see that dune if you climb the one you thought was the tallest.

I never tried to venture out past that first large dune. I was always content, once I'd reached the top of it, to look out and see how much more there really was out there. I'd stand there in awe, experiencing that state of peace that marvels of nature like the dunes can give to us humans: that realization that the world is so vast and overwhelming and you and whatever problems you think you have are so very small in comparison.

There's something special about Colorado in general that will always make me feel more connected to my spiritual core. It's one of my favorite places, and I was more than happy to feature it in the novel. 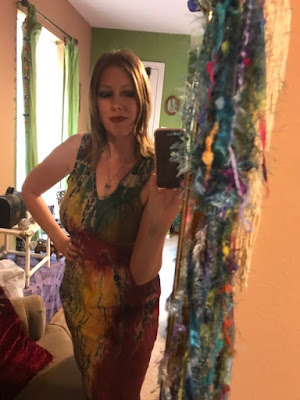 Last night I had so much fun at House of Blues in Dallas getting to experience drag queen greatness at War on the Catwalk live! 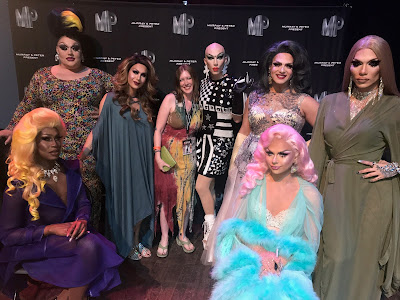 They put on an amazing show that lasted over two hours. Not only did they look great, they entertained the hell out of a sold-out audience. They made us laugh, they made us cry, and they made us feel empowered. It was so refreshing to spend time among such liberated, beautiful souls, not just onstage but also in the audience.

I was admittedly a little starstruck getting to meet all of them, especially since I had watched every episode of RuPaul's Drag Race Season 9 and felt like I had gotten to know them all through the process. They were all super sweet in person, especially the inspiring winner of the competition, the artistic and intelligent Sasha Velour. Also, the ultra-sexy Kimora Blac made me want to melt into a happy little puddle when she told me she loved my makeup. **Purr**

Here are the links to all of their Instagram pages. I listed them in clockwise order of the above photo, starting with Shea Coulee, who is sitting on the left side of the pic: 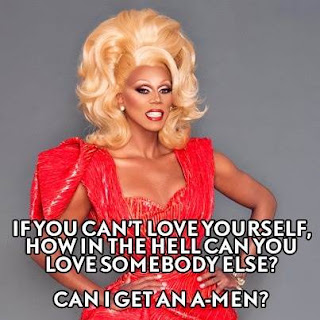 Posted by Scarlett Knight at 11:28 AM No comments: